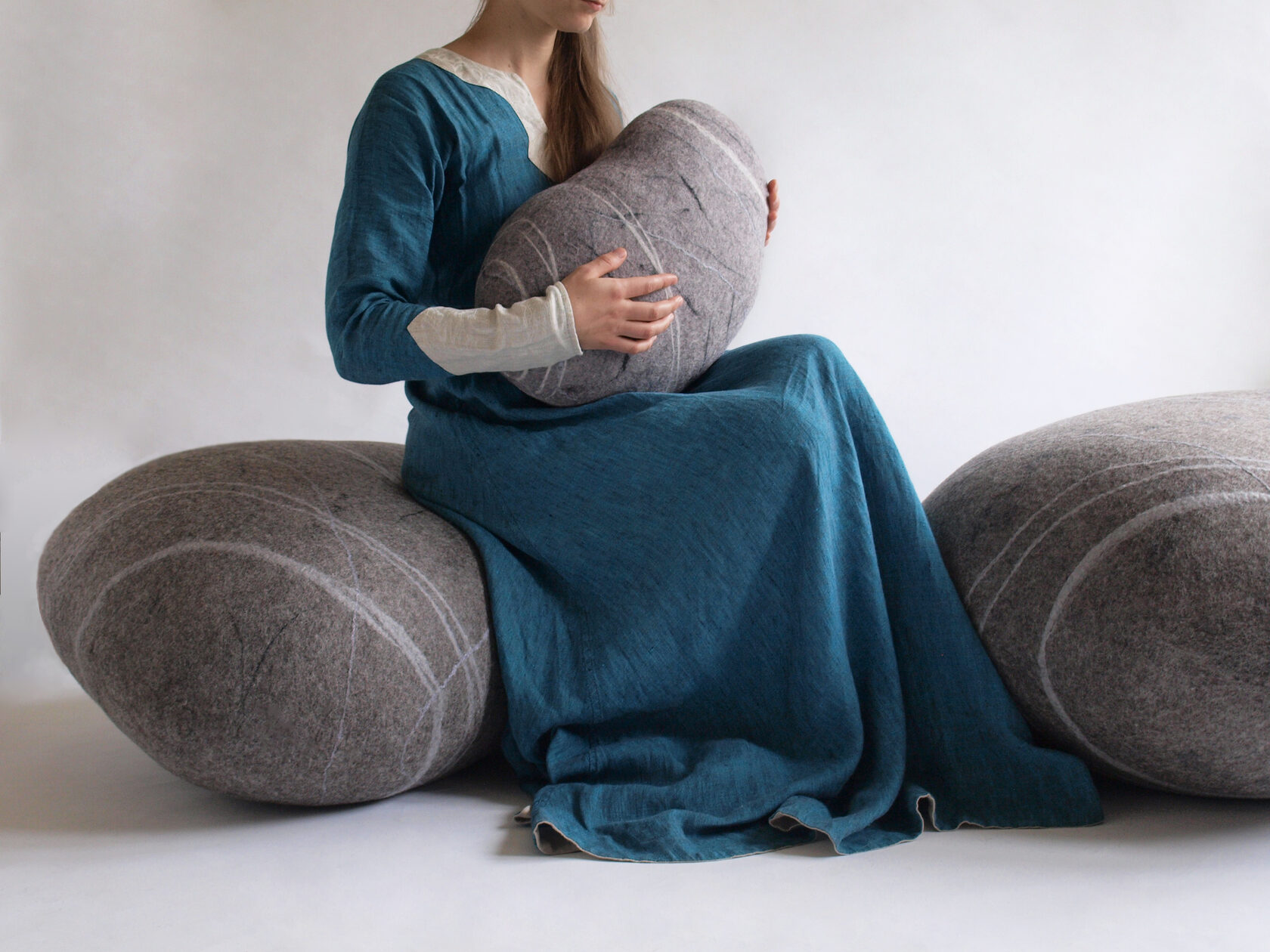 It was long long ago. Once upon a time there was a maiden who came to the well to drink and wash her face, but she did this at the wrong time. As she had some water she dropped dead.

She lay and lay, hour after hour, a strange rock that would not stir. So the morning came. The village men were passing by and saw a strange and unfamiliar rock. They stopped to consider where this wonder had come from and how to use it in their house. Ivanka, an orphan was the youngest among them and the wisest too. He said, "Let’s put the stone into the corner of my hut to keep it straight. My late father had built our house, but it became badly crooked over the years. Besides my hut is the nearest, so there is no need to carry the rock too far.”

No sooner said than done. They spat on their palms and they cracked their knuckles and carried the rock over to the Ivanka’s hut, forced it into the crooked corner and parted company.

So Ivanka now lived in a straight hut. And since then everything turned for the better in his house. Mice swept the floor, pies and pastries baked themselves, stove lit the fire on its own. Ivanka became neat and presentable, for young girls to admire and the neighbors to wonder.

Not a month went past when the matchmakers got to visiting him. So Ivanka chose a wife for himself, a humble and beautiful girl named Sapphire.

They lived quietly in harmony and soon Sapphire was expecting a baby. Oh how heavy she was while carrying it! Whenever she stepped on a floorboard, the floorboard broke, whenever she sat on a bench, the bench bent, whenever she pet a cat, the stroke would be so strong the cat could barely walk. For two years had she been carrying and then gave birth -- to a plain stone.

Sapphire cried bitterly, “How are we going to live, Ivanka? What are the neighbors going to say? What do we do with this cold stone?”

In her grief she even wanted to throw the stone into a ditch, but Ivanka stopped her. He put his arms around her and said, “It is not a heavy burden; it is our happiness has come.”

He washed the stone with warm water, stroked it tenderly, said some sacred words and put it on the Sapphire’s chest. She was so tired that fell asleep with the stone on her chest.

Ivanka on the contrary didn’t go to sleep. He summoned his departed parents and spoke to them. He listened carefully to remember everything they said and learned what to do.

So Ivanka called for the guests to celebrate his son’s birth. To some he sent invitations with a bird, to some with a dung beetle, some invited in person.

Sapphire had a long nap with the stone on her chest. When she woke up the guests were already sitting at the table. They shouted and cried and demanded to see the newborn boy. It gave Sapphire such a fright! What would they think? She hastily hid the stone in the corner of the hut and went to the guests, saying “The child is asleep! Don’t you wake him with your shouts!”

She looked at the company and saw that they were all strange. There were some mossy boulders, and a log from a nearby dam, and some old charred wagon wheels, and a swarm of bees buzzing over the bench, and there were their familiar neighbors too.

“Asleep is asleep, let’s celebrate without the baby,” decided the guests.

Such a merry feast it was! Goblets flew about on their own so that the guests couldn’t draw a breath in between the drinks. And the company was only glad drinking, boasting and praising Ivanka’s strong household.

Then in the middle of all this merriment Ivanka’s hut suddenly started to sink, there was silence like in a graveyard, and everyone froze. The door opened and in came a maiden holding a shining infant in her arms and said, “Sapphire, Ivanka, your child is awake, take him.”

She handed the baby to Ivanka and Saphire and turned towards her parents.

“Mother, father, forgive my long absence, I’ve been holding Ivanka’s hut and helping him to set things right”. The elders recognised their daughter who had once gone to the well and disappeared.

How everyone rejoiced! The parents and the guests started dancing around the crooked hut and had a double feast. So goes the world and don’t you gape at me like that!

I WANT SUCH A STONE!